The campus is a multicultural hub where people work in close collaboration with companies, at the forefront of sustainable development.

Myyrmäki Campus is located at the most populous district in Vantaa, near railway and bus station and to Myyrmanni, a large shopping complex. The Campus is easily accessible by the public transport. 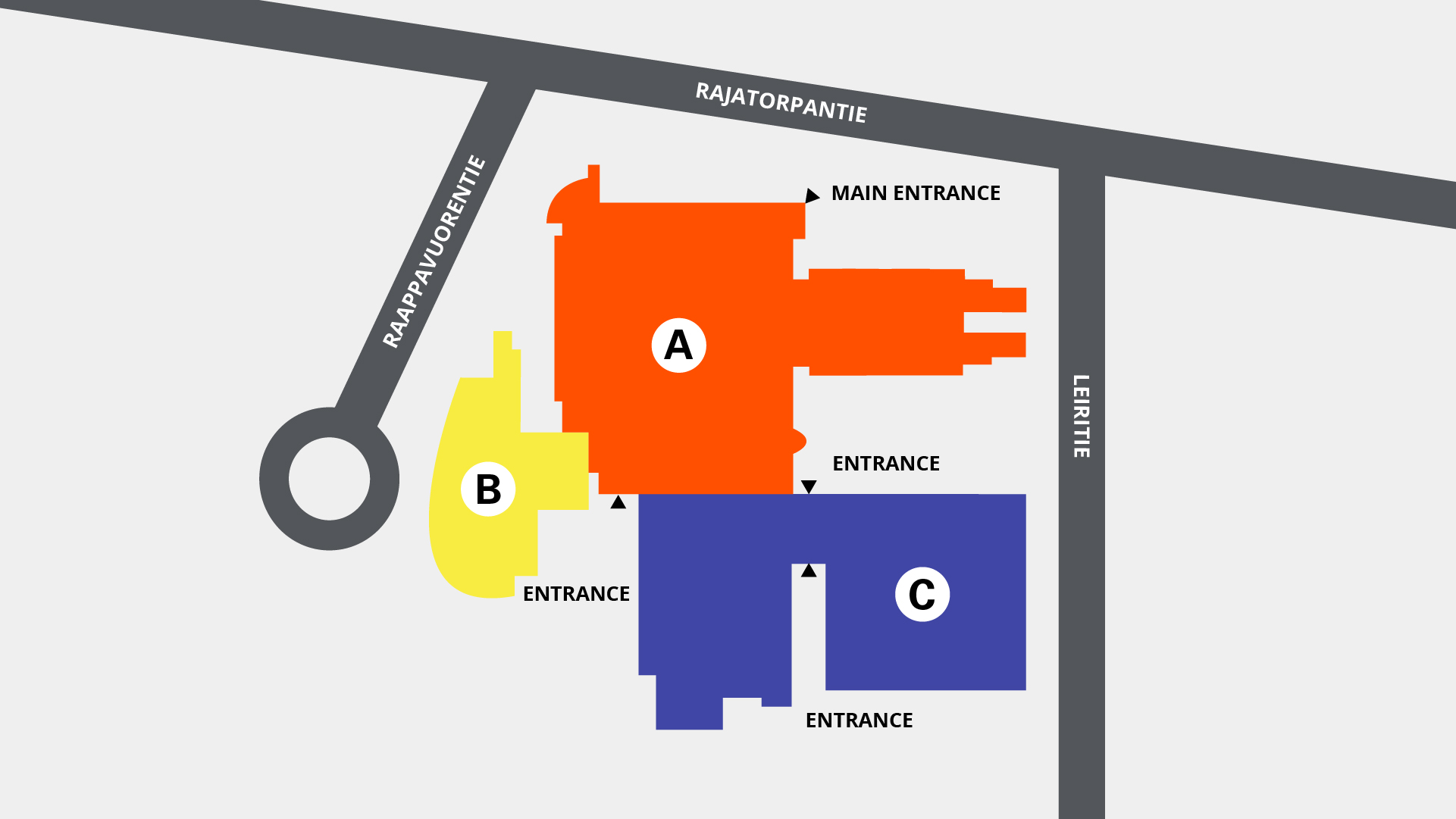 To find train connections and timetables please use the journey planner.

Myyrmäki serves as hub for public bus services in Vantaa with good connections to the cities of Helsinki and Espoo as well as to other areas of Vantaa.

To find bus connections and timetables please use the journey planner.

There are a number of places in which you can attach and lock your bicycle on front of the entrance of Myyrmäki Campus.

Animals are not allowed on the campus.

There are now 3500 students and 230 staff members operating on the campus in the fields of Industrial Technologies and International Business.

First piles of the extension of the Myyrmäki Campus were driven in April, 2016, and the building phase started in September 2016.

A four-storey new building is located on a former parking lot of the older part of the campus, and is integrated to the buildings A and B, which were in use throughout the construction phase of the extension.

The new building includes various technical facilities used by Automotive, Mechanical, Electrical and Automation Engineering Degree Programmes. The campus restaurant and the library are located in the new part of the campus to meet the increasing demand.

Arabia Culture Campus in Helsinki is a vibrant urban arena for ideas and stories.

Myllypuro Campus in Helsinki brings together people-focused expertise where well-being, built environment and healthy future are developed together.

Metropolia – a safe place to study and work in

We want to offer our students and staff a safe and pleasant environment to study and work in. We engage in comprehensive and preventive safety work to reach this target. We all play a key role in this work, as safety is a matter that concerns us all.